Won’t worry about reference checks? This article may change your mind….! 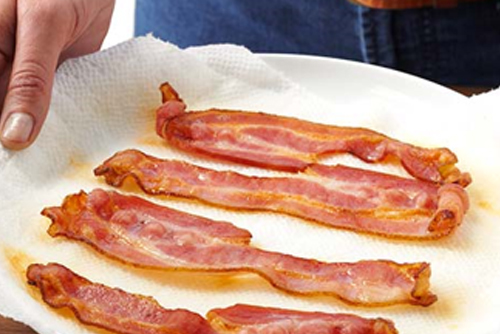 You’ve been through a shortlisting process, interviewed the top candidates and identified a great potential new employee. You’re keen to make the appointment and lock them in…. You think – “Reference Checks are a waste of time – besides…. Who provides a referee that has negative comments?!” For 15-30 minutes of your time, are you willing to take that risk??!

Here’s an example of WHY it’s important to conduct reference checks!!! A short while back…. I was trying to fill a fairly junior Administration Assistant/ Receptionist role….

My client asked me to complete the reference checks on the candidate selected for the role. The candidate had identified that her last two roles were temporary jobs (each being six months long). Now, this candidate had successfully made it through a structured shortlisting process…. The whole nine yards, from the initial resume review, telephone screen, video interview, through to the face to face interview with my client and didn’t raise any red flags. However, the reference checks revealed a different story.

The supervisor from her most recent role gave a very staunch and defensive response – asking whether I had the candidate’s permission (now this is important and we will touch on it a little later in this blog). Furthermore, she made it very clear that the job was in fact a full-time permanent role and that the reasons for terminating the candidate’s employment was given to her in writing. The supervisor simply would not divulge any information other than stating that it was after the candidate’s probation period.

Giving the benefit of the doubt and following a best practice approach, I went on to contact the supervisor from her previous role. Unfortunately, that referee was not in the office that day and I did not have a mobile phone number available.

Being a Friday afternoon, I was keen on resolving this for my client. So, I decided to contact the candidate in order to gain further details. I let the candidate know that her most recent supervisor was VERY reluctant to provide details and confirmed that it was a full-time permanent position. The candidate handled my query quite well saying that she had documentation saying it was a temporary role and admitted to having some personal issues. However, she didn’t feel that it had a significant impact on her performance, and added that those issues were now resolved. When asked if I would have any issues with the next referee – she said “no, I did a good job while I was there”.

On Monday morning, I persisted and contacted the second referee.… low and behold…. I had almost exactly the same response…. it had been a permanent role and the supervisor would not elaborate on the reasons for “letting her go”.

I can tell you that this certainly isn’t the first time a candidate hasn’t been offered a role after I completed reference checks…… and I am certain that it won’t be the last.

Here are my 3 tips for Reference Checking:

What benefits can you gain from completing Reference Checks on your Potential New Employee?

Employing the wrong person in a role is a very costly exercise – and potentially damaging to your business. Whilst conducting Reference Checking is not fool proof, it has the potential to value-add and can “save your bacon”.